Is there such a thing as living in paradise, while still on this earth?  Well, I think the secret may be in how you look at life, in general.

My life began in Michigan, where as a child, we lived in Livonia, Temperance and HillsdaIe,  I SO loved the winter!  Snow on the ground, ice skating on the frozen ponds, riding our horses through the snow, and best of all, remembering the glow of multi-colored Christmas lights reflecting on the snow-white blanket at night.  Did I say I LOVED winter, and snow?  You bet!

At the age of 12, my family moved to Ocala, Florida, where we continued in the horse business.  It started as a riding stable in Michigan, but moved into racing Quarter Horses, which prompted the move to Ocala.  After just a few years, my dad realized we were in Thoroughbred country, and racing Quarter Horses was more of a "Texas" activity, closer to Ruidoso Downs in New Mexico.  Ruidoso is where the "All American Futurity" was run each year, the "million dollar Quarter Horse Race", although paling in comparison to the Thoroughbred-run Kentucky Derby.

After another "few years" (maybe 3?), we moved back to Ocala, where we would get into racing, training, breeding, buying and selling Thoroughbreds.  All during my childhood, I lived on a farm with horses, dogs, and a few rabbits.  While still in the Quarter Horse business, I spent many summers, during school breaks, working at a race track in Pompano Beach, Florida, where our horses would race.

Once I finished high school in Ocala, it wasn't too long before I was married and raising three children, a daughter first, then two sons.  After my youngest turned one, we decided to move to Panama City, Florida where my husband and I would open our own water conditioning business.  He had worked a number of years for Culligan in Ocala, and was tied to a "non-compete" clause, which prompted the move away from family, friends and our church.

While living in Panama City for 18 years, many times, I would drive to Tallahassee to go Christmas shopping at the Governor's Square Mall!  I was so amazed that this gigantic concrete structure was so camouflaged, being nestled in a small "valley" amongst the beautiful multi-colored leaves of Fall!  Not only did Tallahassee have gorgeous trees, but actually had seasons!!  Every time I would return to Panama City, I would make the comment, "if I ever have the opportunity to move to Tallahassee, I am ready to go!"

A few years later, my marriage ended, and I immediately began to think very strongly about relocating to Tallahassee.  At the very same time, my parents decided to make the move from Ocala to the Tallahassee area, and called to see if "I would be interested in moving near them!"  There was no hesitation!  I immediately put my home on the market, and started looking in this area.  Since my parents still had racehorses, they needed plenty of "farm" land, so we ended up in Monticello, where I built a new home!

After just 2 years, I decided I was too far away from my church and job, and since my parents were in their "mountain house" six months out of the year, I would sell my home and move to my dream place - Tallahassee!!

Now, after living here 6 years, I feel like I'm absolutely living my dream "in paradise"!  Killearn Lakes Plantation is now "home", where I so enjoy the beautiful abundance of trees, which we share with deer, rabbits, and my favorite, the serenade of the thousands of birds nesting here!

If I can help you in finding your "dream home in paradise", I would certainly welcome the opportunity to do so!  And maybe, you will have a story to share with me! 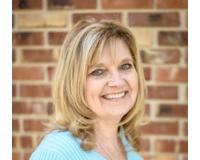 Is there such a thing as living in paradise, while still on this earth?  Well, I think the secret may be in how you look at life, in general.My life began in Michigan, where as a child, we

Rising Interest Rates And Their Impact On Consumers

Interest rates have risen every week for the last 9 weeks, bringing them to a 4-year high.  According to Freddie Mac the average rate on a 30-year fixed mortgage rose to 4.46% this week,

Enjoy Your Home That Is Always Ready To Sell

Wouldn't it be fantastic if your home was always ready to sell? What I mean is that many of us tend to let things go, or wait on repairs, or hold off spending money to improve or decorate

So You Want A Smart Home

It's not just Millennials that want smart homes anymore. Smart homes are becoming a mainstream thing. You can buy smart products most anywhere from Walmart to Macy's, and of course, online. Smart

By registering, you agree to our terms of use and that real estate professionals and lenders may call/text you about your inquiry, which may involve use of automated means and prerecorded/artificial voices. You don't need to consent as a condition of buying any property, goods or services. Messages/data rates may apply.